Scared of those "crazy" Italian drivers? Want to ride in comfort without having to take time finding that illusive parking space? 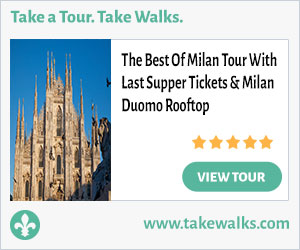 Italy's slower regional trains are cheap to ride--athough the top routes can also be very crowded. Since trains are subsidized for underpaid workers, fewer trains run on Sundays and they, too can get crowded. I often buy first class tickets (for about 30% more than standard tickets) on regional trains I think will be crowded.

I buy my regional train tickets at the train station, either at the ticket window or at the machines that accept cash. It's easy to buy your outgoing train tickets when you arrive in a city station, then you'll have them before you leave, just in case something goes wrong or you've read the schedules wrong.

For a map of Italy's main rail routes, see our Italy Train Map.

To see one of northern Italy's main lines and a compelling one for tourists, see our Torino to Trieste Rail Map.

Italy also has some private tourist railroads, some that operate with steam engines. See Touristic Trains in Italy.

Types of Italian Trains, from fast and expensive to Regional and inexpensive

The majority of trains in italy are run by the Gruppo Ferrovie dello Stato Italiane, the state railroad. The types of trains and classes for those trains are listed below.

Eurostar Italia trains, once the stars of the Italian rail system, have now mainly been replaced by the Frecce series that serve major cities and you'll see them designated on the Trenitalia web site as Frecciarossa, Freeiargento, and Frecciabianca. Seat reservations are manditory on these fast trains.

IC and IC+ (Intercity) Trains run the length of Italy, stopping at cities and large towns. First and second class service is available.. Seat reservations are compulsory on the Intercity Plus trains, and the fee is included in the ticket price. Seat reservations can be made for some Intercity trains, too.

Regionale, regional trains, can be crowded, covered in graffiti, and may stop in every little town you've never heard of--but they're cheap. You must validate your ticket because the ticket is not written for a particular train, which offers lots of flexibility.

The new kid on the block, Italo, is a privately owned railroad offered by NTV (Nuovo Trasporto Viaggiatori). The high-speed trains compete with the state run trains, often at newly remodeled stations just for Italo trains. You'll need to be able to print out an e-ticket to get access to the trains if you reserve at a station in Italy, but you can find out more about and buy Italo tickets

online through official supplier Omio. Rail passes are not valid on Italo trains.

These are very, very nice trains. I've traveled economy class from Rome to Tuscany and was very impressed. The Italo train from Florence to Rome takes a mere one hour and thirty two minutes.

Some people like to have their "big" tickets for faster trains or longer journeys in hand while in the United States. This will usually cost you more than just buying them at a train station, but if you find it convenient, check times and costs of European train travel from Omio

It appears that after the pandemic, Rail Passes in Italy all but disappeared. Today you'll do better by finding bargains for each trip if you can. Check out the options on OMIO who've put together a nice page which allows you to search for trips and passes and it tells you how much polution your trip will save over taking an airplane to the same city: Train Tickets and Rail Passes in Europe

For a while night trains were a traveler favorite. They saved the cost of a hotel room and got you to a distance city center in the morning. You had the whole day to explore. They've been reborn recently, and if you're looking for a connection between France and Italy you might look into Thello Night Trains. They offer passage between Paris and Venice, Milan and Verona or Venice to Dijon, France. Here's a page about the Italian night trains from Trenitalia.

Italy by Train - Is It a Good Idea?

I love traveling by train. In fact, even when I have a lease car, I often drive to our local train station and take the train. Who wants to drive in Rome? I have no need to spend my days looking for parking spaces and worrying about theft.

There are usually ample hotels around the train stations in Italy. In the off season, I just get off the train, look for a hotel, dump my bags and go exploring.