The National Park of Peace Recalls the Massacre of Sant Anna 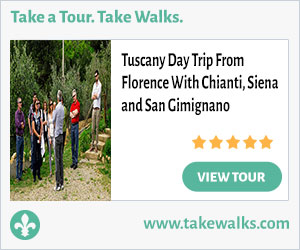 On the morning of August 12, 1944, in retaliation for acts of sabatoge and under orders to cleanse the area of partisans, German forces rounded up hundreds of villagers who hadn't already fled and killed them where they gathered and in their houses, then set those houses on fire. The slaughter of the entire village of Sant Anna Stazzema, over 500 men, women and children (and livestock) took three hours. The massacre of Sant Anna di Stazzema was likely the most atrocious war crime comitted by Nazis on Italian soil.

There is a moving Historical Museum of Resistance near the parish church, and Stations of the Cross juxtapose wartime scenes with those of Jesus along the trail from the church to the memorial of The National Park of Peace, founded in 2000 and marked on the map.

Sant'Anna di Stazzema is a suburb of Stazzema in the province of Lucca in Tuscany.

How to Get to Sant Anna di Stazzema

From the Autostrada A12 (Autostrada Map), Exit at Pietrasanta and follow the road to Pietrasanta, then follow yellow signs to Sant Anna up a steep and narrow mountain road.

What to See in Sant Anna di Stazemma

The Historical Museum of the Resistance, located on the map, is found at 22 Coletti street, in the village of Sant'Anna di Stazzema. Inside are maps, diagrams, newspaper clippings, photographs and recollections of the war and the slaughter of citizens. Entrance to the museum is free, although donations are gratefully accepted. As of time of writing, brocures were available in Italian and German, but not in English.

The Church - It was in the little piazza in front of this church where Don Innocenzo Lazzeri pleaded with the German forces to stop further killing after the burning of the houses. He was shot along with around 130 others in front of the church, where a memorial stands today. The church has origins in the 9th century.

The Memorial - The Charnel House Monument, located on the Col di Cava (see the map) was inaugurated in 1985. An ossuary containing remains of the found bodies is here, as well as a plaque with the names of the all victims which could be identified. The architect of the monument was Tito Salvatori. The sculptor of the central piece depicting a woman with a child killed under Nazi-fascist fire was Vincenzo Gasperetti.

Click the thumbnails to see larger pictures. The first is a picture from the museum showing the hanging of a woman, the second is from the stations of the cross, the third is of the monument, and the last is of the church and little piazza out front.

Sant'Anna di Stazzema is my blog post on the experience of visiting the town and museum. It includes a picture of a document describing the horrors of the situation when a US investigating party arrived on the scene.

About Sant'Anna di Stazzema - Further historical information on the events of August 12, 1944 in the village.

Sant Anna di Stazzema is the name of the official site for the town and its memorials to the atrocity. Look here for special events pertaining to the war and partisan activities.

It is important to note that although Sant'Anna di Stazzema is well-known, it's not the only memorial to Nazi atrocities in Tuscany. Villages all over the rugged north of Tuscany anywhere near the Gothic line were ravaged by this inhumanity posing as an attempt at a better earth by murduring humans along racial lines. You'll find a small pen in the village of Vinca where, on the 24th of August, 1944, barbaric and aggressive Nazi-Fascist soldiers brought 20 young people into this pen and slaughtered them. In the sleepy valley village of San Terenzo Monte you'll find a sign at station VII of the Cross that states simply, "Here they were tied with barbed wire tightly around the neck to trees, hedges and support poles of the vineyards, and after a slow agony, were gunned down with a blow to the neck."

Locanda Le Monache is in the center of Camaiore and features a fine restaurant with hand made pastas.

There are also hotels and B&Bs in nearby Stazzema.

Join us on Facebook or head on over and register for our free Europe Travel Forum.